We recently read that drivers are exposed to more pollution than people on bikes or pedestrians due to the closeness of cars air intake to the exhaust emission of the vehicle in front and the limited exchange of air within cars.

We’ll show you the evidence and suggest 2 solutions.

We were dismayed to read research about this done by University of Roskilde, Department of Environment, Technology and Social Studies, Denmark. They state in their abstract:

It has frequently been claimed that cycling in heavy traffic is unhealthy, more so than driving a car. To test this hypothesis, teams of two cyclists and two car drivers in two cars were equipped with personal air samplers while driving for 4 h on 2 different days in the morning traffic of Copenhagen. The air sample charcoal tubes were analysed for their benzene, toluene, ethylbenzene and xylene (BTEX) content and the air filters for particles (total dust). The concentrations of particles and BTEX in the cabin of the cars were 2-4 times greater than in the cyclists’ breathing zone, the greatest difference being for BTEX. Therefore, even after taking the increased respiration rate of cyclists into consideration, car drivers seem to be more exposed to airborne pollution than cyclists.

Not completely trusting research from the bike loving Danes we checked elsewhere. Further research confirmed our concerns. A team in the car loving New Zealand (Canterbury University, the National Institute of Water and Atmospheric Research and Auckland University) came up with similar findings

Some people may conclude that driving less (and cycling/walking more) is a solution to this problem. We beg to differ we have 2 suggestion to equalise the the exposure to pollution between drivers and cyclists.

It’s not bicyclists who should be expected to enjoy the freedom from pollution with a cycling mask. We drivers should wear one to keep the fumes at bay. We’ll be wearing one of these: 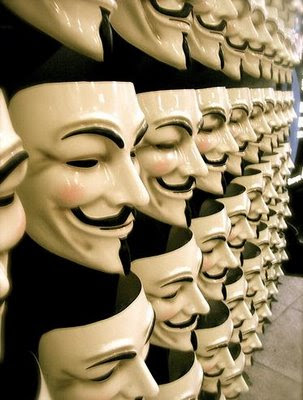 3 thoughts on “The Great Pollution Myth: Unfair for Drivers”