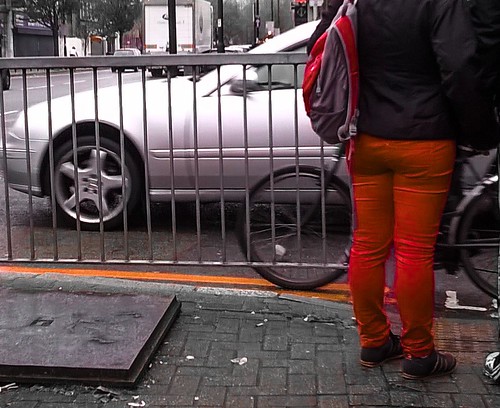 Where have all the railings gone?

At Drive to Work Day, we don’t normally worry about people who choose to get around outside of cars. Recently, while driving around town we have noticed more people jaywalking, crossing the road randomly in places where they shouldn’t. 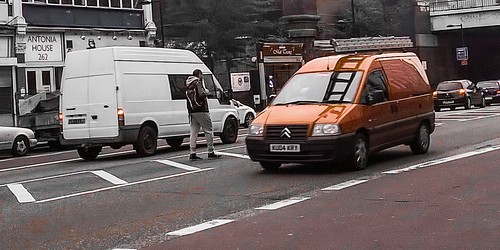 Since the likelihood of people crossing the road whenever they want has increased many drivers we have spoken to feel that they need to drive more slowly, be more careful, look out for these idiots. Because if we knocked one down, it’s the driver that would get fined and get points on their license, not the pedestrian ( who won’t even be insured).

Why is this happening?

It seems that all over London pedestrian guard railings have been stealthily removed. 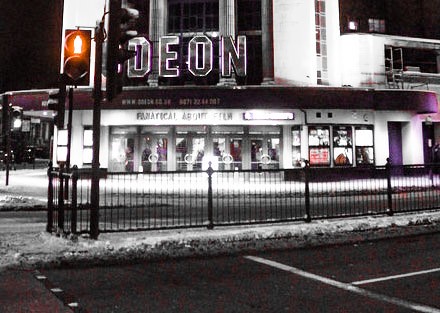 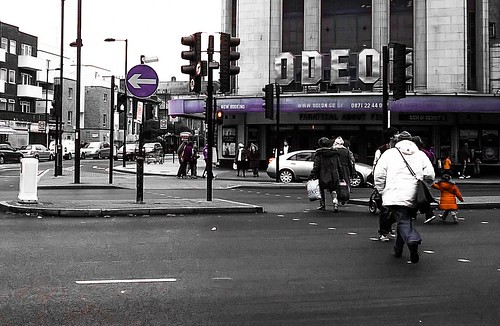 Surely proper segregation between pedestrians and drivers is crucial not just so we can drive around town faster and without having to pay so much attention, also for walkers own safety.

More railings on all A-roads would also prevent drivers mounting pavements and killing people. It seems from the information in the table below, (obtained from this FOI request), 100s of drivers mount the pavement and kill walkers each year.

Number of deaths where a pedestrian was injured in collision with  a car mounting a pavement in England and Wales, 2006-2010

(Also seems that as drivers we kill many more people on pavements than pavement riding cyclists, the bane of us all)

It’s not just guard railings we want put back along all major A roads. we also want the madness that is Shared Space to end. 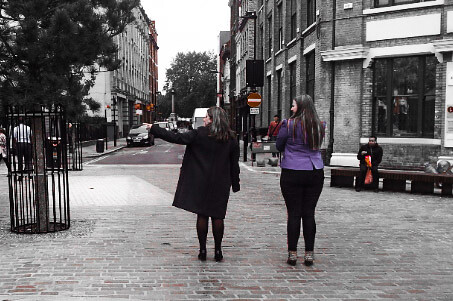 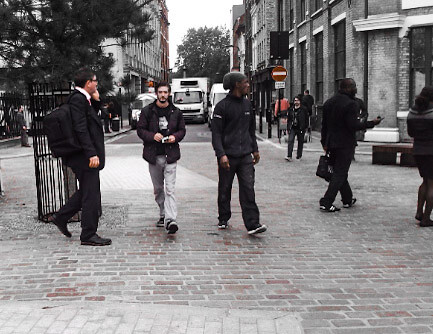 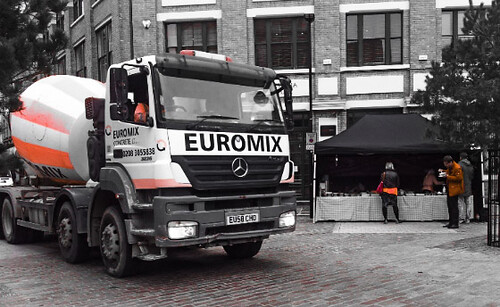 A place where walkers mix it with cement mixers. Where people queue on the road to buy Falafel, where we have to drive so slowly and so carefully we may as well walk ourselves.

Would you want your 8 year old or 80 year old granny to walk here!?

In addition to our usual reasons for driving to work on December 11th 2014 we would like much better segregation between walkers and drivers on all major A-roads and an end to this Shared Space madness.