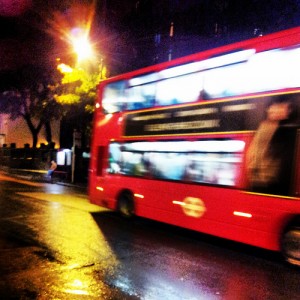 Meet Joe Anderson, Mayor of Liverpool and a motorists’ hero: 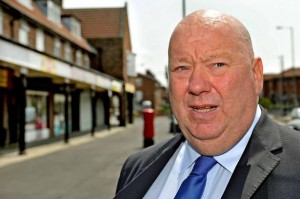 Joe has scrapped all bus lanes in Liverpool  He said “Keeping the city moving for our motorists… is absolutely vital, … it’s important …”. He has rightly ignored objections from the cabbies, bus companies and cyclists. Those self interested groups would object. Where it is made harder to drive, people are more likely to get on buses or on bikes: (like the madness in London where in some places more people get to work out of their cars than in their cars as we reported in our last post). Whilst the Liverpool bus lane removal is a trial, we are sure that it will encourage people to get off the buses, off their bikes and back into their cars. If this gets more people driving we’ll judge this as a great success. (It’s a shame about Sheffield Council backing down from such a positive move that would help make driving easier.)

Fellow drivers, we need to lobby our town councils to do the same and scrap all bus lanes in the UK. Another reason to join in and drive to work on 11 December.

Why should bus passengers, cyclists, taxi passengers be given 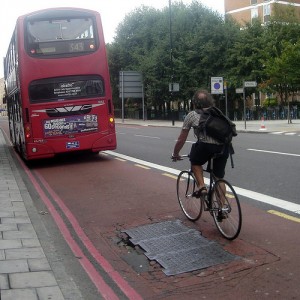 space and priority over drivers who pay tax and good money to run and maintain a car? Drivers in London who use a bus lane get fined £80. This is strictly enforced by cameras (unlike the good old days when we could drive in the bus lane and get away with it.) How often do drivers sit in a jam delayed while the bus lane is empty? Bus passengers get to use bus lanes, paying only a couple of quid for their bus trip and cyclists use it for free! Some taxis can use them and some can’t. (Famously Addison Lee boss attempted unsuccessfully, to invade bus lanes.)

Why should cyclists be allowed in bus lane?

You’d think bicycle riders should steer clear of bus lanes. You’d think bikes and buses shouldn’t mix as do we. (We’ve already written about where cyclists belong: off the roads and in bike lanes out of driver’s way). 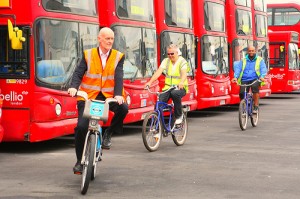 We were shocked to learn that London bus drivers have training on bicycles, where they learn how to share a bus lane with a person on a bike, they learn to hang back, pass cyclists wide and slowly and learn to be patient. What an outrageous waste of taxpayers money which encourages cycling on our roads. We have also learnt that some bus drivers take up cycling after this training.

Maybe we should campaign to scrap all buses, not just the bus lanes. There would be so much more space for motoring on our roads if we got rid of them; many more people would take up driving.

Now wouldn’t that be wonderful? 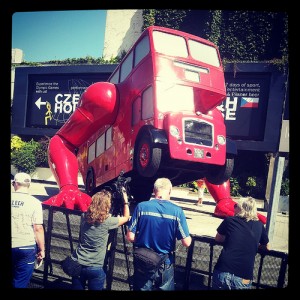 2 thoughts on “Scrap bus lanes for more space for driving”